Have you ever felt the weight of previous generations on your shoulders?

It's not your imagination.

You not only inherited your father's height or your mother's temper, but the experiences of your parents, grandparents and other ancestors were passed down to you, deeply embedded in your cells.

And every family lineage includes trauma---whether a war experience, an illness, an untimely death, physical or sexual abuse, or addiction.

Often, these traumatic experiences were never acknowledged or resolved. But, their imprints remain in your body, mind and spirit. 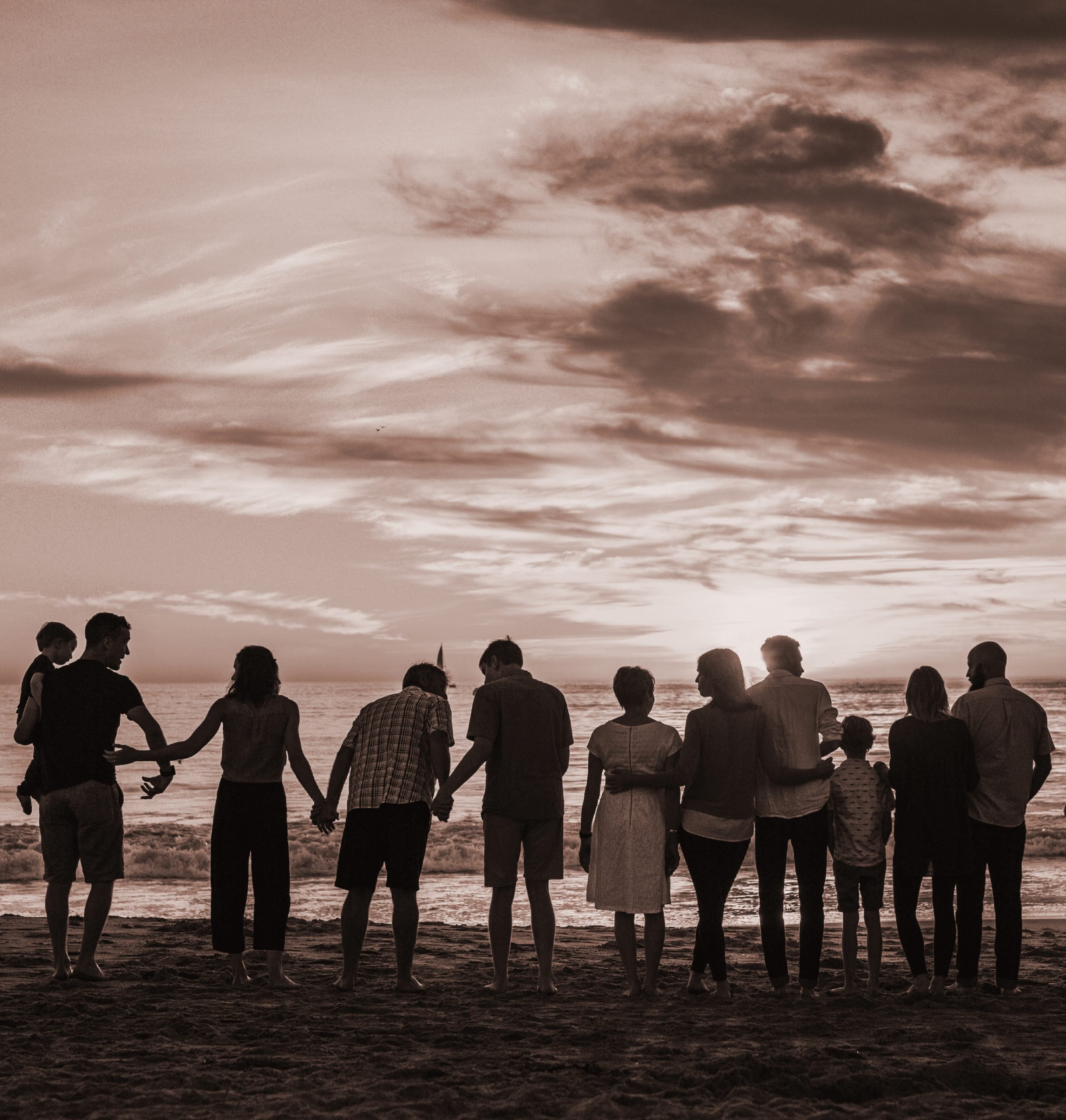 Many of the biggest challenges that you currently encounter, such as health, career or relationship issues, have their basis in these unresolved issues, from previous generations. The trauma imprinted upon you, creating a pattern within your own life. Some of these imprints are physiological, such as how our bodies respond to stress.

"Genetics, parenting, social learning, and shared environmental context can influence outcomes related to stress across generations. Stress effects that are inherited via an ‘intergenerational transmission’ mode are reflected in offspring biological changes, including neuroendocrine, epigenetic, and neuroanatomical changes." (source)

Other imprints are psychological--- our subconscious loyalty to re-create the experiences of previous generations.

"Offspring of trauma survivors have described vicarious traumatization through the stories told by exposed parents, their own feelings of helplessness, and burdens of compensating not only for parental losses but parental damage." (source)

Both types of imprints seem rather mystical, until you better understand them.

And to complicate matters, most of these imprints are subconscious, making it very difficult to connect your current challenges with their origins.

Constellation work is a profound experiential healing modality that helps you discover the root causes of issues, including inherited patterns, that impact your current life, so that you may efficiently integrate and heal.

In a Constellation, you target a specific issue or trauma from your own life, family of origin or your lineage.

In this work, wounded or "survival" parts of the self emerge to be integrated into the whole. These wounded parts often manifest in our daily life as blocks or struggles, such as fear and resistance or specific coping strategies, such as addiction.

When we witness these splits in our psyche, through this experiential process, healing occurs. 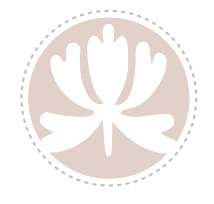 When we experience trauma, it can create a split in the psyche.

These are also the same patterns that are being passed through our lineage.

Identity Oriented Psychotraumatology (IoPT), aka Constellation work, is a therapeutic method, established by German psychotherapist Franz Ruppert, that evolved from Bert Hellinger's Family Constellation work, to specifically address the splits in our psyche, that occur from experiencing trauma.

Constellation work is rooted in Systems Theory which tells us that we are an interdependent part of a greater system and when there is a disruption in any part of that system, all of the parts are impacted.

The process can help us move from our survival strategies toward a more integrated healthy self.

Whether we are addressing inherited traumas, or something that happened in your lifetime, Constellation work is a beneficial, experiential tool for discovery and integration. 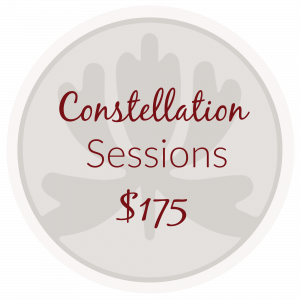 Annie's intention for the Constellation was simple: She wanted to heal the resistance that blocks her path.

What we discovered in her session was that her desire to heal was the "healthy" part of her psyche that was ready, willing and excited to move forward on her path.

Her resistance, however, stemmed from a survival strategy adopted in childhood. Inside Annie was a terrified child, trying to prevent further harm and ridicule.

The most intriguing part of Annie's constellation was when we explored her path, itself. The path was loaded with confusion and a belief that "I can't do it."

Annie recognized these words as belonging to her older sister.  We discovered that this part of her psyche was still enmeshed with a narcissistic sister, who had self sabotaged her own path, and severely judged Annie.

Because of this enmeshment, which is very common in narcissistic family systems, Annie was still embodying her sister's trauma. And she was embodying it to such a degree that it was the source of a physical ailment. The ailment, which she had recently had surgery to correct, had literally prevented her from walking (forward on her path).

Yes, our symptoms are that literal. This is how trauma manifests in the body.

Being able to witness these parts of her psyche, in such a tangible way, Annie felt like she was able to release a lot of the trauma and move more freely towards her own path with more energy and confidence.