How to Play the Spiritual Evolution Game 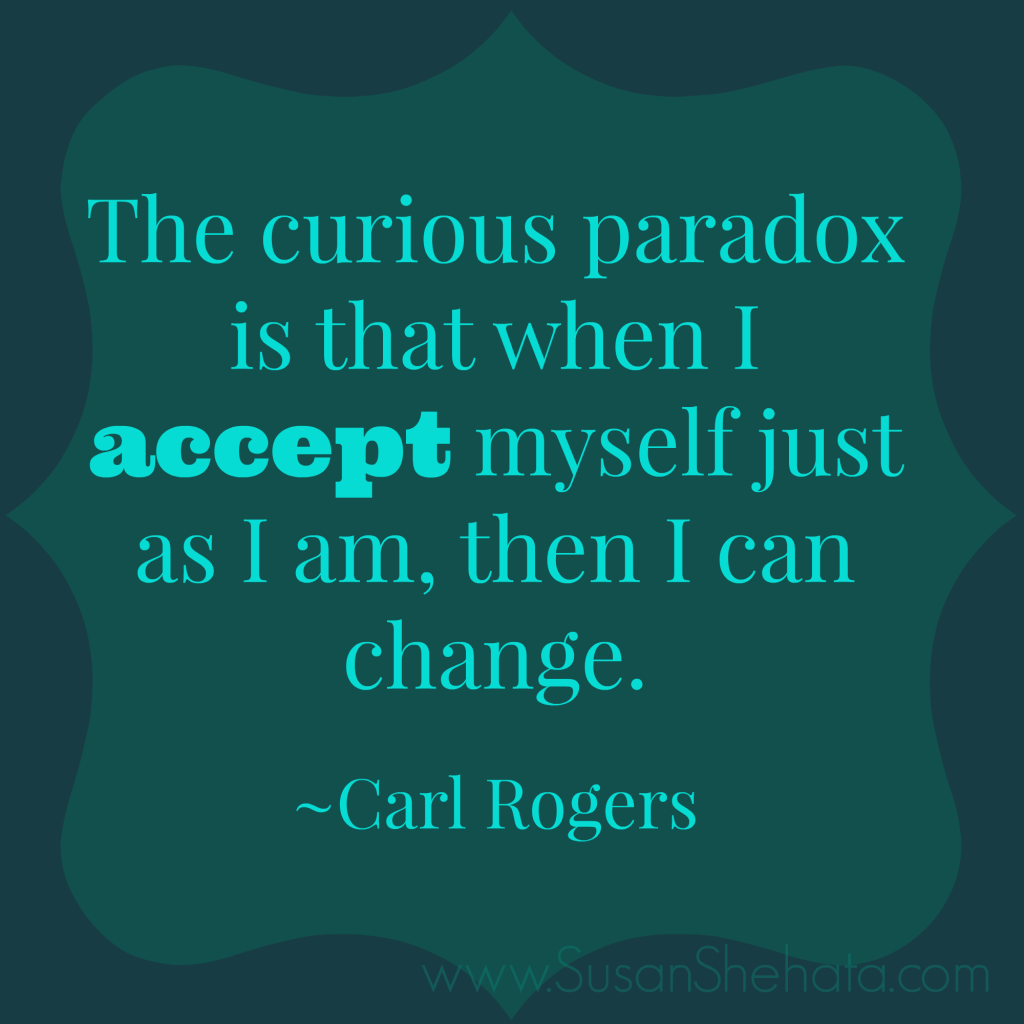 I am what the French call “petite” or what we Midwesterners have elegantly translated that as: Little.

I have heard my fair share of “Gosh, look how little you are!” {Because perhaps it’s a surprise to me every time, right?}

When I was young, these comments drove me nuts. Eventually, I realized that it was because I perceived them as disrespectful in tone or in the accompanying behavior.  I perceived that people who were taller were more respected.

It’s not that I sought to be taller, but I did seek respect.

Ultimately, feeling respected was something that I learned to generate from inside of myself; because that’s where feelings and perceptions are actually sourced— from within.

But, evolving my beliefs around respect didn’t mean that I stopped seeking respect. It also did not mean that once I internally felt respected, I magically became 5’10”.

Evolving meant reaching a place where I felt respected in SPITE of my size.

I didn’t become a different person. But, rather, I became more accepting of who I already was.

And by doing so, I no longer associated my size with whether or not I was respected.

The above may seem obvious, at first glance, but I witness people (including myself) getting stuck on the idea that in order to evolve as people, we must become someone completely different than who we currently are.

We believe that evolving is going to look a certain way. And we will know we are succeeding when we begin to look and act like that different person.

But, the evolution game is a bit less dramatic than that.

I believe it is a process that is less about becoming someone different and more about actually accepting yourself as is.

From that place of acceptance, the evolution comes steadily; until one day you realize that your relationship to yourself, other people and the world, has shifted, and you are, therefore, “changed.”

In contrast, if you forcibly try to become someone different, you’ll often hit a road block. When you focus on trying to become something you’re not, two things can happen:

First, you often end up judging who you currently are. And nothing paralyzes us more than judgment.

Second, you often judge other people who share those same qualities you possess, so even if you move beyond that quality yourself, you will still be judging others. That’s not cool. See above.

Third…there wasn’t supposed to be a third, but here it is…You are you. It’s impossible not to be.  The only way to actually shift, is to accept that you have a certain quality in the first place. But, if you judge the quality, you will push it away with denial— “I am not that, because that thing sucks.”

So, own that quality about yourself; without judgment. THEN it will begin to transform.

But recognize that the transformation will happen primarily in your internal perception of reality, first, and often not in the external circumstances, until a little later.

As soon as I began to really own that I was someone who sought respect, it was a message to me that I needed to respect myself more first. And once I made that shift, my outer experiences began to reflect my inner state.

But, it didn’t mean that respect stopped being important to me. And, I believe that is where we get confused. We think that our position on something will totally change (and we will be “different”), when it’s actually our relationship to that position that changes.

If you are someone who seeks security in your life, you may never “evolve” out of that desire for security. You will instead learn that security comes from within.

If you are someone who seeks approval in your life, you may never “evolve” out of that, but instead realize that your self-worth isn’t based on someone else’s approval.

Many of the qualities that we are seeking to shift serve a purpose. They are messengers of something important. We have those qualities because we subconsciously (or consciously) feel they are useful in some way. When we begin to understand the underlying purpose they serve, the quality itself often becomes  unnecessary.

When you realize that your evolution is based on your self-acceptance, rather than focusing on what needs to change, the shift you are actually seeking, on that deeper level, happens a lot faster, with more effective results.

In other words, respect may always be important to me. But, now I get it from within, which is a good thing, because I am never going to be 5”10.