I Am Not the Organization Unicorn 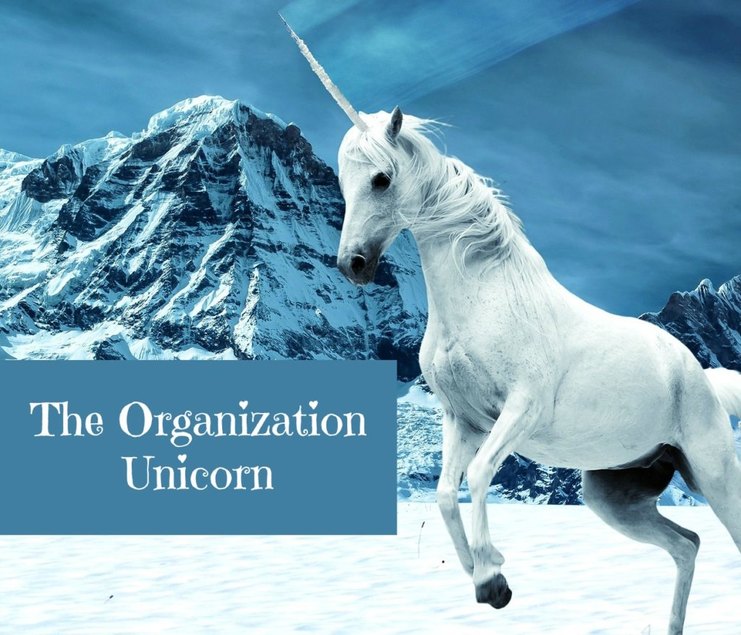 Today, I spent an hour reorganizing my email in-box.

I say REORGANIZING it, because it was already organized. And then, last night happened.

In a fit of deleting madness, I pushed a button and everything went poof.

You know how your heart sinks and you stop breathing for a full thirty seconds, because you think that you may have just deleted over 1000 important, archived emails?

But, the good news is that I was able to recover the emails.

It’s just that they all landed back in my main inbox. So, I had to go back through the (fortunately) still labeled emails, and refile them into folders. This was a VERY small price to pay, compared to what I thought had just happened.

This current organizing flurry is happening because I am determined to get my digital reality as organized as my physical reality.

What?!? Am I possibly saying that my digital reality is not uber-organized??!!??

And, apparently, it needs to be said publicly, because for some reason people have put me on some sort of pedestal.

But, hey, I’m not the Organization Unicorn—the great, mythical beast that was so organized, that it was blessed with the gift of flight, to glide through the sky and transmit organizational blessings to all who behold its magical horn.

Though THAT would be cool.

No, in fact, I am a relatively normal person, with space skills, that I use to help others identify the underlying emotional blocks that keep them stuck.

Those blocks show up in our spaces, and when we address them in our physical reality, we often see movement in the rest of our life as well.

Now, THAT part does feel like magic. And, admittedly, I am pretty darn good at that.

But, unfortunately, my gift applies mostly to physical space.

Which means I must try hard to keep digital things organized. But, like any skill, it can be learned, with enough commitment. So, I’ve been working on it, in the last year, and it’s definitely improving.

And much like having a tidy physical space has meant more productivity and focus for the things that matter to me, having a tidy digital life is starting to free up more mind space, as well.

It’s a great feeling—if I don’t accidentally delete anything.

So, I’m going to keeping working on my little corner, and I hope you will work on yours.

And if, in the meantime, you happen to see the Organization Unicorn, could you send him my way? I could always use a good sidekick.