Intuition: A No Nonsense Approach to your Sixth Sense

I don’t really remember a time when I didn’t use my intuition. As a child, I referred to it as “my gut” or “just a weird feeling.”

I believe my whole family is quite intuitive, but we each had different words for it. My dad just considered it “intelligence.”

When he would sense something, he would reference it as a scientific deduction he made, based on reason and intelligence, even if it was completely intuition (like that time, in the 80’s, he “deduced” that my mom’s car had stalled at the mall, and exactly where she was parked).

That story always made me giggle, but, after all, he was actually a scientist, so he had an internal reputation to uphold.

I, on the other hand, recognized it as something different than my mental intelligence.

Now, as the daughter of a scientist, I like good evidence based material, as much as the next skeptic.

So, it wasn’t until many, MANY years later that I began to own my intuition. I perceived that I finally had enough of my own “data” to, at the very least, trust that my intuition was worthy of my attention.

Yes, I know my data is still anecdotal evidence. But when it comes to trusting my OWN intuition, my own data is all I really need.

When it comes to intuition, many people perceive it to be a special skill, or perhaps something that doesn’t exist at all.

Personally, I think of intuition as a sense, that all of us possess. But, whether you trust it, and use it, is up to you.

As someone who uses intuition in my work and life, I see the overall benefits. I think it is a particularly useful skill to have, nowadays, when so much disinformation exists.

On most days, I prefer to let my inner guidance direct me, as it has been fine tuned to be very accurate and supportive.

For those that struggle to understand intuition, or for those who would like some ways of explaining it to others, I think it can be helpful to outline intuition, in a way that is slightly more tangible.

And perhaps, that will also help you to use yours, to its full capacity.

I don’t pretend to have the full story on how things work, because, in my humble opinion, when it comes to these realms, the story is way too big to completely understand.

I think there are many ways we can frame intuition.

Merriam-Webster defines it as the power of attaining direct knowledge or cognition without evident rational thought and inference.

While Jung defined intuition as “perception via the unconscious”: using sense-perception only as a starting point, to bring forth ideas, images, possibilities, ways out of a blocked situation, by a process that is mostly unconscious.

Here is my way of thinking of it, that has helped many of my clients understand and utilize their intuitive sense, over the years.

Let’s start by thinking about our five main senses. We have sight, smell, hearing, taste, and touch. 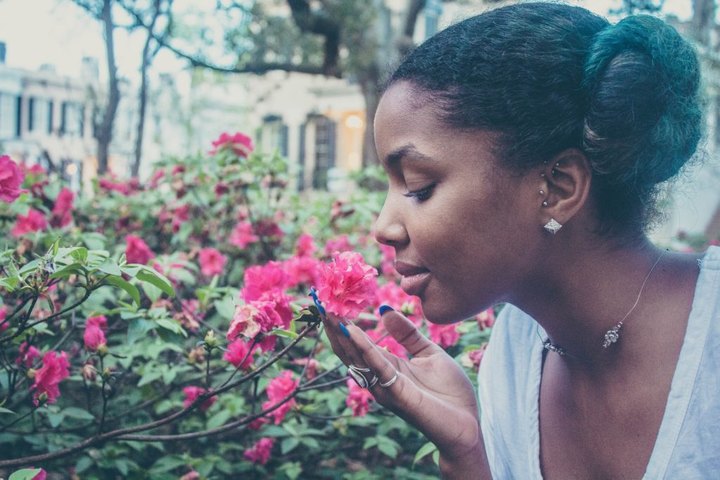 These five senses allow us to take in the world around us. Our senses are information receptors that are simply taking in fields of information, each received in a different way.

The “information” exists whether, or not, our senses are receiving. If I lose my hearing, for example, it doesn’t stop the sounds that are happening around me. But, I may not be able to hear them.

Or, even with the best hearing, some sounds are beyond my frequency range. But, if I were a bat or a dolphin, I would be able to hear them. Either way, the sounds are happening.

Another simple way to perceive this is a Wi-Fi signal. If you have Wi-Fi in your home, you can turn the computer on, and access the internet. If you don’t have a computer, or the proper password, you won’t be able to go online, but that doesn’t mean the Wi-Fi isn’t present in your house.

This is all to say that there is a ton of “information” that exists in our potential perception fields. And, as an intuitive person, you have the capacity to receive that information, on a level that goes beyond your main senses.

But, WHERE does this information exist? Where does it come from? In part two of this blog series, I will explore this question.