The Bedroom That Changed Her Life 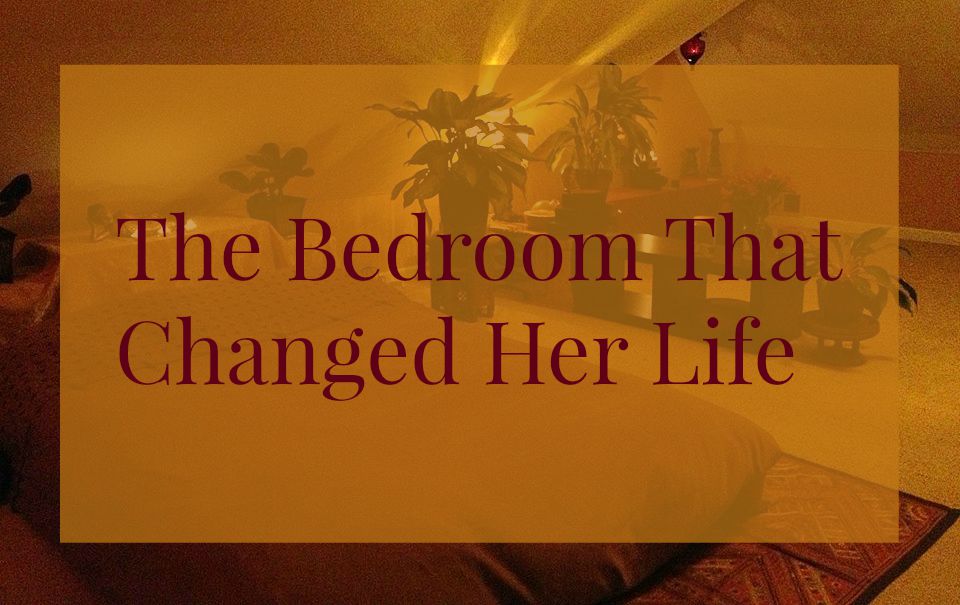 When I first met a client I’ll call Jennifer, she had never thought about the connection between her space and her well-being. We were introduced by a mutual friend, who felt that my work would make an impact on Jennifer’s life.

Jennifer was in her early 40’s. She was a successful creative professional, who split her time between living in Minneapolis and traveling abroad. Since she only spent half the year here, with much of that time focused deeply on work, she had put limited thought into her living accommodations.

She was living in a shared environment with two close friends, and spent most of her time in her bedroom, buried in work.

When we began working together, her bedroom was relatively bare, with very little energetic investment, on her part. It was clear that she saw this space as a temporary drop site for herself and her belongings. The problem was that it wasn’t actually temporary. She had been living here for years, and had no intention of moving.

Jennifer sought to bring in more intention into her life, in general. That’s where I came in. Since our space is a reflection of our life, we can use our homes as a tool for processing and releasing obstacles and creating positive change.

The first thing that we identified is that Jennifer needed clearer boundaries between her work and home life. She decided it was time to rent an office and reclaim her bedroom as a personal space.

Jennifer’s resistance to decorating her space was two-fold.

One: She never really thought about the importance of the visual aspect of her space. She didn’t realize how much of an impact it actually made on her.

Two: Her fear of commitment stopped her from investing in pieces and making any strong choices. And the commitment piece was present in other areas of her life as well.

We needed a plan that would ease Jennifer into making some choices and observing the positive impact of those choices, in both her home and life.

Therefore, I focused on how to make the most impact for the least amount of money. Though she made a healthy income, she preferred to invest in traveling.

We used as much of her current belongings as possible, focusing on bold paint and accessories. 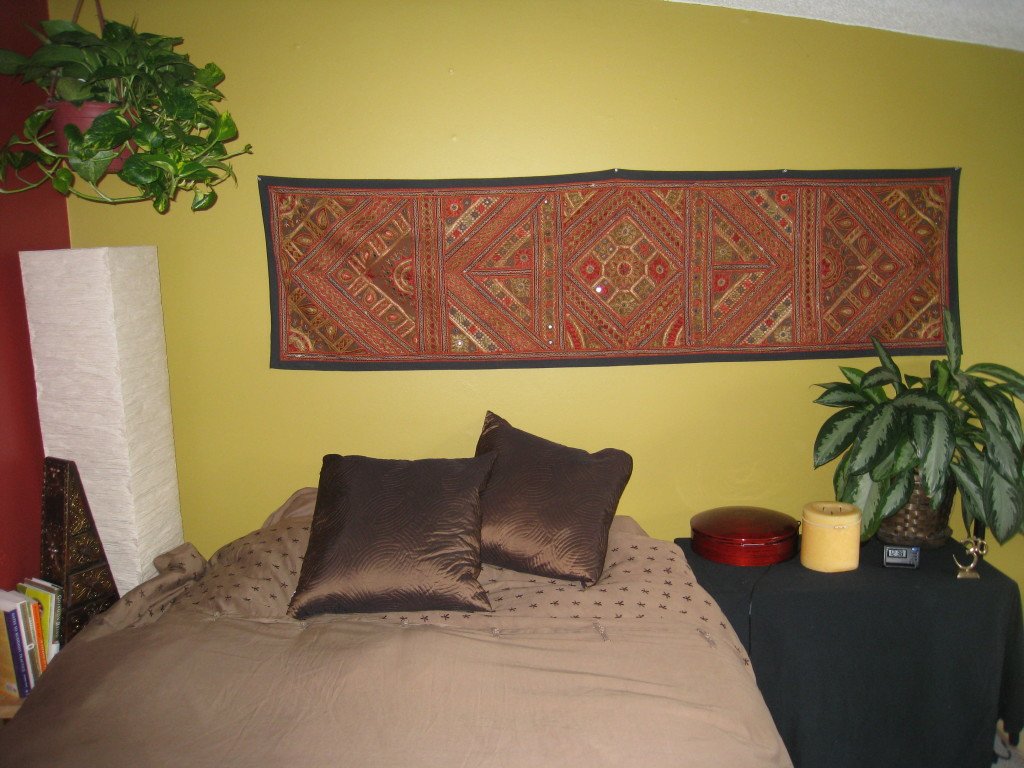 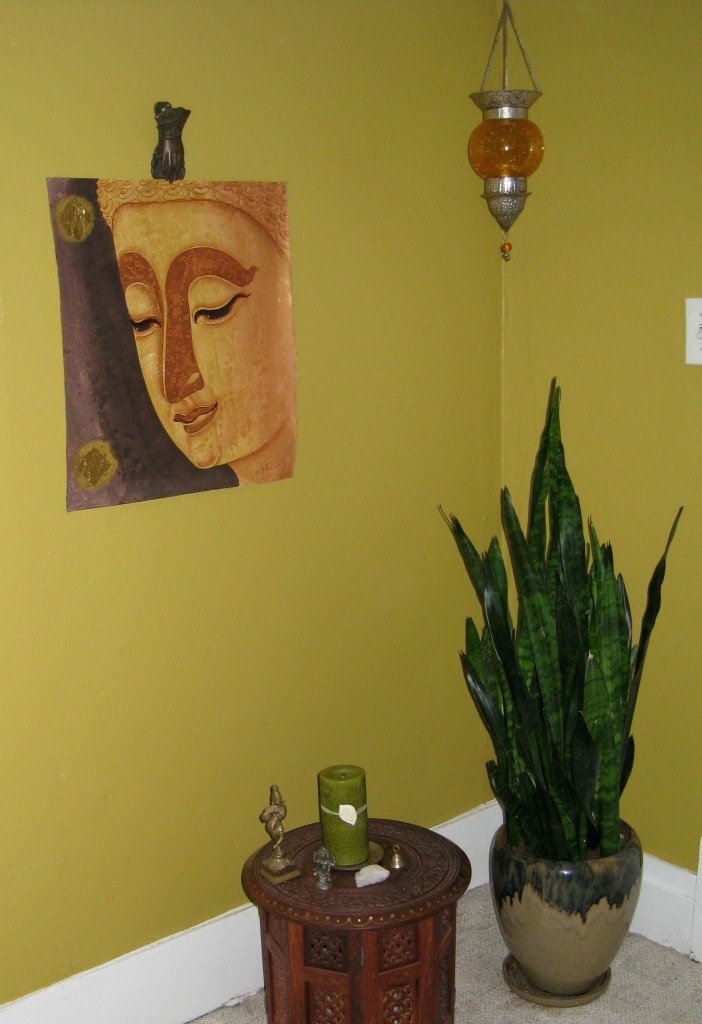 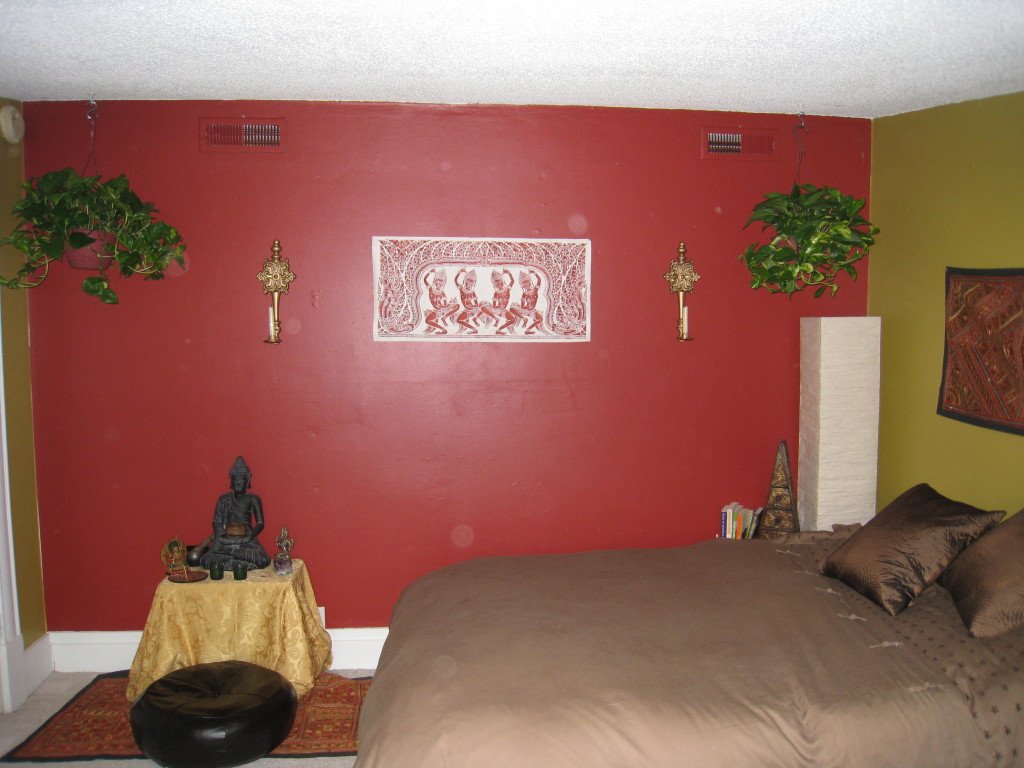 The impact was tangible and Jennifer loved it. She immediately found herself enjoying time in her room and really noticed the effect her space was having on her temperament and life.

In fact, when the time came for a roommate to move out, Jennifer found herself excited to expand into the upper level, where she would have substantially more space.

It was time for the second phase of Jennifer’s transformation.

The larger space was intimidating to her at first.

It was set up as a recording studio, and she couldn’t visualize how her things would fit in the space.

I assured her it was a time for expansion in her life and we would represent that expansion through the use of zones in her room, which declared the areas of importance in her life. For example, we created a meditation and gathering nook to invite greater spirituality and community in her life.

When she wasn’t in MN, Jennifer spent her time in Asia or Hawaii, and loved the tropical feel of these parts of the world. One of the things I noted in our time together was how compartmentalized Jennifer’s life was; there was the time here and the time traveling.

My goal, with her design, was also how to integrate her life, so that she didn’t feel like she was living two separate lives.

Therefore, we incorporated many plants and Asian elements into her design.

Having seen the impact that her other room had on her, Jennifer was also now ready to upgrade some of her furniture and invest in some further accessories. That being said, we also kept some of her basics, focusing on spending money where it would be most impactful, as she still wanted to keep a modest budget. 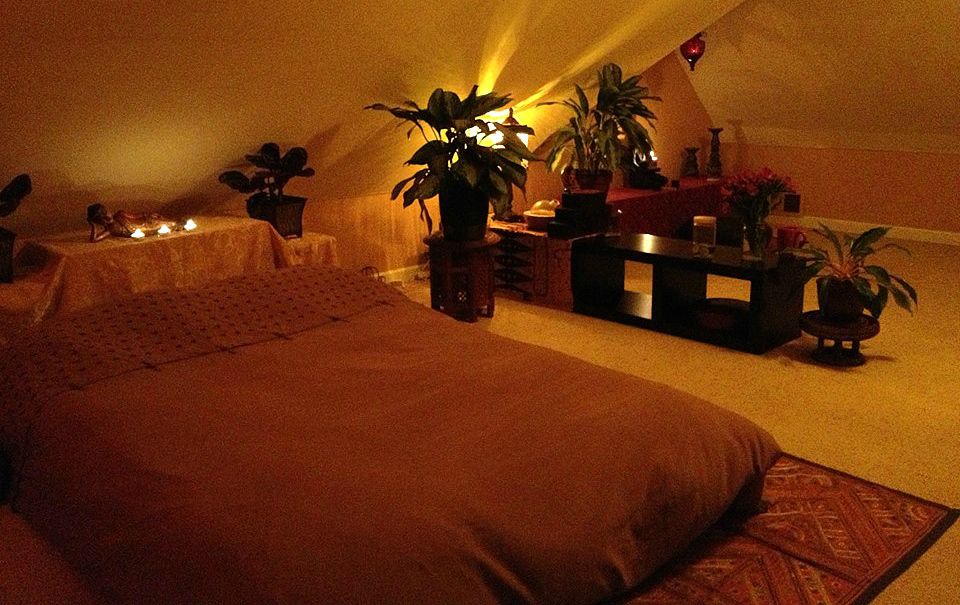 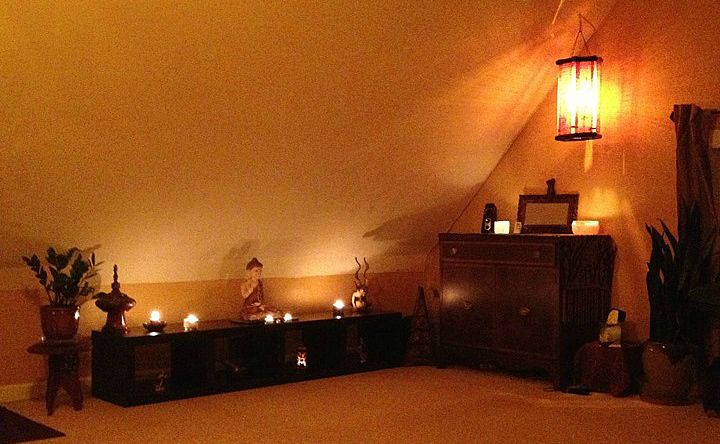 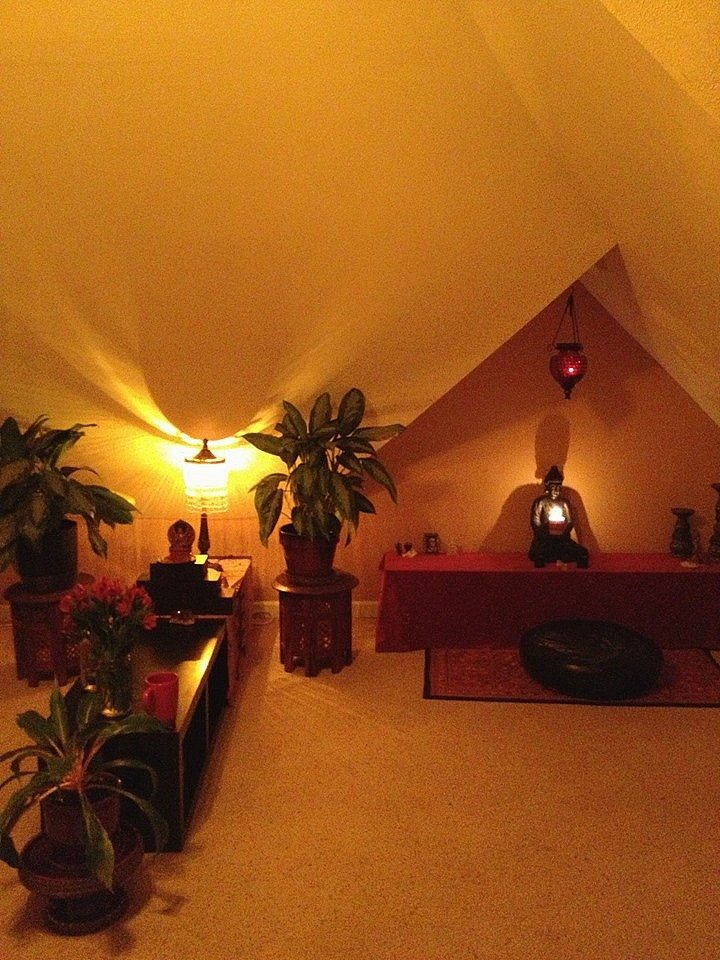 Jennifer, once again, loved how the space turned out and lived there happily for some time. Recently, she had the opportunity to move out of her shared home, and have her own unit in a duplex. This move means an even greater expansion and Jennifer is ready for it.

I have just begun to work with Jennifer on phase three of our time together. I am so proud of the work she has done, both within her spaces and within her life. And, I can definitely see the parallels between the two. And, more importantly, so can she.